West Ham boss David Moyes labelled the use of VAR as “rubbish” after his side had to come from behind to beat Leeds 2-1 and move up to fifth in the Premier League on Friday.

The Hammers could not have had a worse start as Mateusz Klich opened the scoring at the second attempt from the penalty spot after Lukasz Fabianski was penalised for coming off his line in saving his Polish international teammate’s first spot-kick.

Moyes were left exasperated with the decision based on the smallest of margins, while the retake was allowed to stand despite encroaching by Leeds players.

“Until we get the VAR sorted I don’t think I’ll be happy,” said Moyes.

“It’s a really good result but we had another setback after 30 seconds. There are some terrible decisions that are happening at the moment.

“Whoever saw it must have had Fabianski’s foot x-rayed. The decision was rubbish.”

However, West Ham exposed Leeds’ struggles to defend set-pieces to move within a point of the top four.

West Ham were inches away from another set-piece goal when Fabian Balbuena hit the post, but the visitors comfortably held out to continue their impressive season so far.

“It worries me because it is causing an uneveness and we are finding it hard to correct it,” said Leeds boss Marcelo Bielsa on his side’s struggles at set-pieces.

“It was a fair defeat. We prepared ourselves to face a game of the characteristics it had today and they were superior.”

A fourth defeat in six games leaves Leeds in 14th on their first season back in the top flight for 16 years, but with an eight-point cushion above the relegation zone. 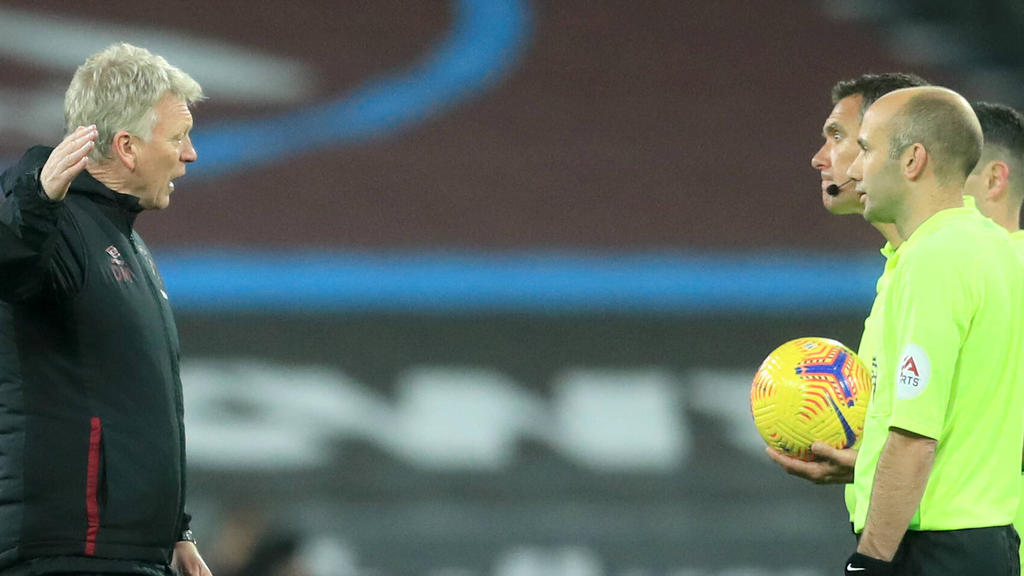