Wolves coach Nuno Espirito Santo said on Friday he was scared for Raul Jimenez after the striker suffered a fractured skull in a sickening clash of heads with Arsenal’s David Luiz.

The Mexico international needed surgery after the incident in Sunday’s 2-1 win at Arsenal.

Both sets of players and the coaching staff spent a tense 10 minutes as Jimenez was treated by medical staff on the Emirates pitch.

“As the days go by, and knowing he is being taken good care of, we have been able to return to a normal situation.

“Now we have to stick together and all our thoughts and prayers go to Raul.”

The Wolves boss said it had been tough watching his player after the collision.

“Everything goes through your mind, you see someone you really love in a tough situation,” he said.

“You are worried, first of all because we all love Raul and he means so much to us. It’s like someone in the family.”

Jimenez remains in hospital but is expected to be discharged next week, with club doctor Matt Perry describing his initial progress as excellent.

But Nuno was reluctant to put a timescale on his recovery.

“It’s too early to think about it,” he said. “He is recovering well. It’s positive but we know it’s a serious situation.

“He had surgery, is recovering well and is in observation and soon he will be back home.

Wolves fans have raised more than £20,000 ($27,000) to create a banner to support Jimenez at the club’s Molineux stadium and for the player to give to a charity of his choice.

Nuno’s team travel to Liverpool on Sunday preparing to face their former forward Diogo Jota, who has scored nine goals in 15 appearances since his September switch to Anfield.

“We are proud and happy Diogo is doing well,” said the Wolves boss. “He is a fantastic player and a fantastic boy. We shared so many things which will never be forgotten.

“Now he is at Liverpool, he is at the right place and now he is an opponent for us.” 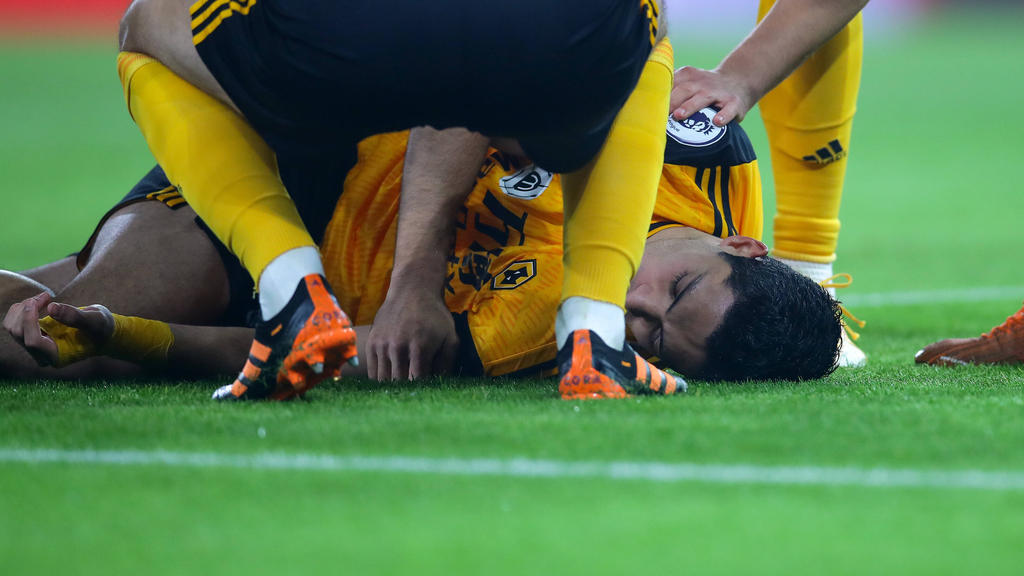 Leicester edge up to second despite draw at Crystal Palace