Tomas Soucek scored the only goal as West Ham beat Wolves 1-0 in the Premier League on Sunday to lift themselves to within two points of fourth-placed Manchester United.

David Moyes’ side, who had drawn their previous two matches, climbed above Arsenal thanks to the Czech midfielder’s 59th-minute goal on his 27th birthday at the London Stadium.

Just seven points separate Manchester United from eighth-placed Wolves, who are still in the hunt for a place in next season’s Champions League despite their defeat.

Moyes said before the game that he would like more goals from last season’s top hitmen Michail Antonio and Soucek.

Striker Antonio has not found the net since New Year’s Day while Soucek, who struck 10 goals from midfield last season, had been stuck on just three this term.

The two combined for the only goal of the match just before the hour mark, with Soucek in the right place at the right time to prod Antonio’s cross past Jose Sa from close range.

Wolves, who were mostly forced to resort to trying their luck from distance, struggled to test Lukasz Fabianski in the West Ham net and finished with just one shot on target.

West Ham now have 45 points, the same number as Arsenal, who have three games in hand. The Hammers are ahead due to a marginally better goal difference.

Moyes was delighted with the number of opportunities his team created against Bruno Lage’s men, who have lost three of their past five league games.

“He (Antonio) was really good — he got himself more chances and the goalkeeper made a good save from him in the first half,” Moyes told the BBC. “I thought he did a good job for the team.”

Speaking about Soucek, he said: “His standards have been set so high, he has hardly put a foot wrong. He is a great lad to have around your team.”

The Hammers have not finished in the top four of the English top flight since the 1985/86 season, when they were third under manager John Lyall.

West Ham’s players paid a pre-match tribute to their Ukrainian team-mate Andriy Yarmolenko, wearing T-shirts bearing his No. 7 before captain Declan Rice carried the forward’s shirt out ahead of kick-off.

Moyes said on Friday that the winger has been given time off as he struggles to deal with the shock of Russia’s invasion of his country.

“It is so important, for me and for the team, the club and everyone to support Yarmo,” Rice told Sky Sports. “The day it started we saw him at the training ground and he was in bits. We are there for him and the people of Ukraine.” 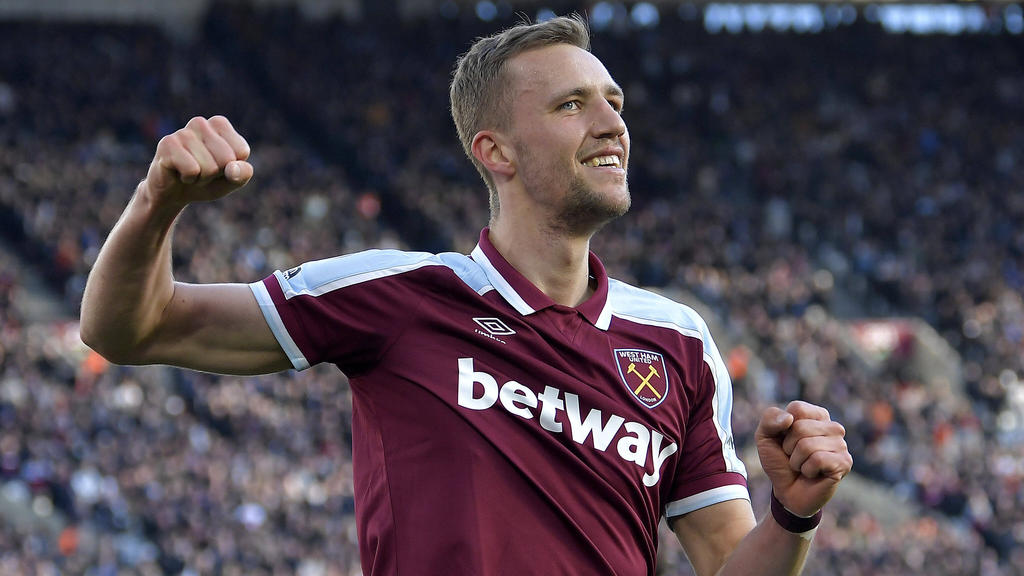